Yes, it's only Wednesday...
BUT it's one day closer to College Football Kickoff, Fall Smells & Cooler Weather
As always, welcome back to the Texas Connection. Grab your coffee and read this week's interesting finds from your Pals at Texas Humor.
Want to share the newsletter with your friends? Send them this link. 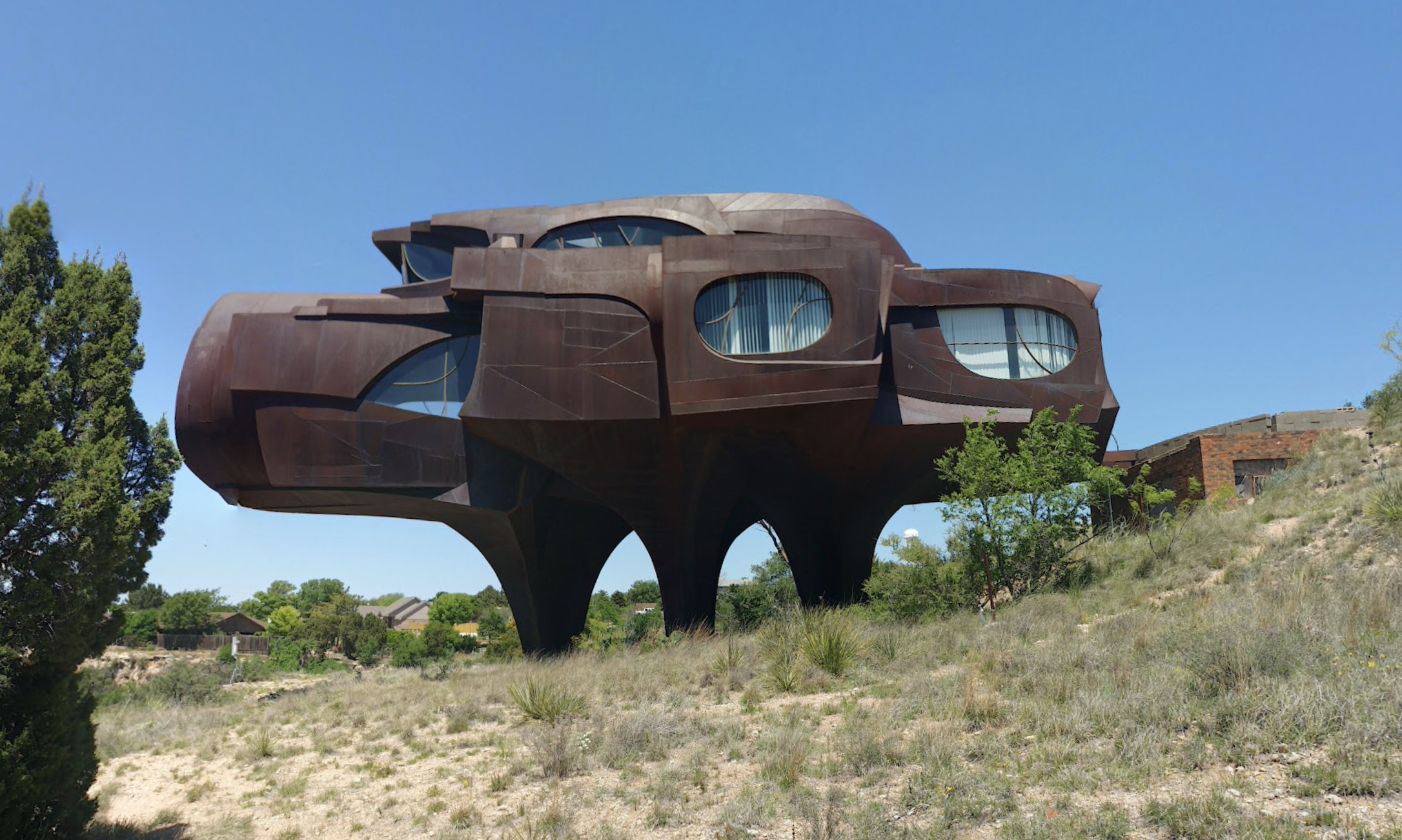 I know we’re all wondering “what’s out in Lubbock?” – But amongst the tumbleweeds, Texas Tech, and haboobs, you’ll find one the funkiest homes across the panhandle. Just off Lake Ransom Canyon (Southeast of Lubbock), you’ll find Robert Bruno’s Steel House, standing on 4 legs, and made of about 150 tons of blackened steel.From 1973 until his passing in 2008, Robert Bruno handcrafted his very own home. As an architecture professor at Texas Tech, he was seeking to build something that had “aesthetic value” rather than just building a home. In his own words, “I built it because I like doing sculpture.” WIth a rugged exterior, you’ll find a balance brought by the soft lines of stained glass windows that offer multiple views of the nearby canyon.Now, while you can drive by and catch a glimpse of the views, the current owner unfortunately has halted viewings of the home. But, if you’re curious, you can find an inside look in this article here.

Today’s stop is actually quite a story, and I am very excited to share it with y’all! To start off, the food truck I visited was not the one I was intending to try. I drove down to Thicket Food Park on South 1st street in Austin, Texas trying to get there in time to try out Artipasta, an Italian food truck that I have been dying to try since coming to Austin. Unfortunately, they have a two and a half hour break in between lunch and dinner that I forgot about. From 3pm - 5:30pm they are on break to prepare for dinner. So, when I arrived at the food truck park they were already closed and I had no clue what to do! Thankfully, there was another food truck still open that I was unsure about, but ended up happy that I tried it.

The Perfect Bite, a burgers and sandwiches food truck, was just about to close. There was a couple ahead of me ordering when I walked up, and thankfully they took my order as their last one of the day. I got the mushroom swiss burger which featured grilled mushrooms, grilled onions, swiss cheese, and their house bbq sauce. 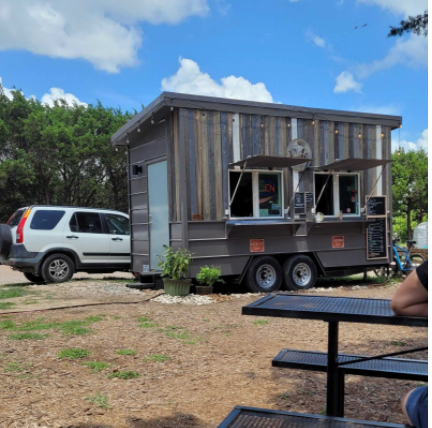 Now, I don’t know about y’all, but I’ve never had a mushroom swiss burger with bbq sauce on it before. I was hesitant, but I decided to try it anyway because what’s the worst that could happen? All of their burgers come with kettle fried chips, so I decided to stick with that instead of swapping them out for fries. I did instantly regret that decision because I saw some other folks get fries and they looked so crispy and golden. However, I stuck to my guns and did not change my order.

Y’all. I don’t know how to explain that when I got my order I was SHOCKED. SHOCKED. S H O C K E D. I almost dropped my dang burger because I didn’t realize how huge it was! I took my little to go box back to my car and when I opened that box it was like a rush of scents all at once. 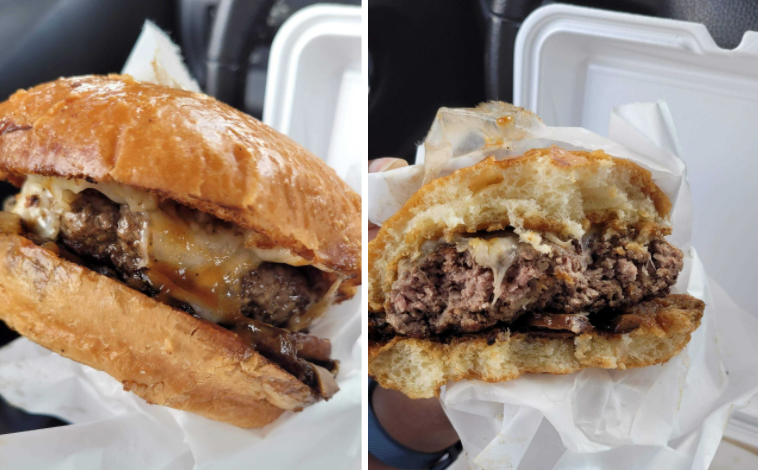 The grilled onions, the bbq sauce, and the scent of the burger seasoning filled my senses and I almost forgot to take a picture before taking a giant bite. You’ll have to forgive my photos this time around because y’all I was ready to tear into this burger like no other. I didn’t want to stop and take some glamorous pictures because it was too good to wait. The perfect bite was a great choice for their business name because gawt-dam that burger was damn near perfect. The way the tangy and sweet bbq sauce complimented the swiss cheese was UNREAL. I have never in my life thought to put bbq sauce on a mushroom swiss burger, and now I feel like a dang fool because it was fricken delicious.

Not only was this burger delicious, but it was massive. The patty had to be about a little under an inch thick all around. The patty went from edge to edge of the bun. Not a single bite didn’t have patty in it, and I honestly had to sit in my car and recoup after finishing this bad boy. This all made sense for the kettle cooked chips too because the Lord knows I would not have been able to finish that burger AND a basket of fries. The chips were a nice light and crispy alternative to the burger that didn’t fill me up so I had all the room to finish that burger.

Overall, I am glad Artipasta was closed because I don’t think I would have gone back to try the other food trucks in Thicket Food Park otherwise. I highly recommend that y’all go try The Perfect Bite if you can. It was so delicious and I 100% will be going back soon. I think next time I would try the Come & Take It Burger which features chipotle mayo, pickled spicy peppers, and swiss cheese. I’d also want to get some fried pickles. Until next time, I hope you eat something delicious! 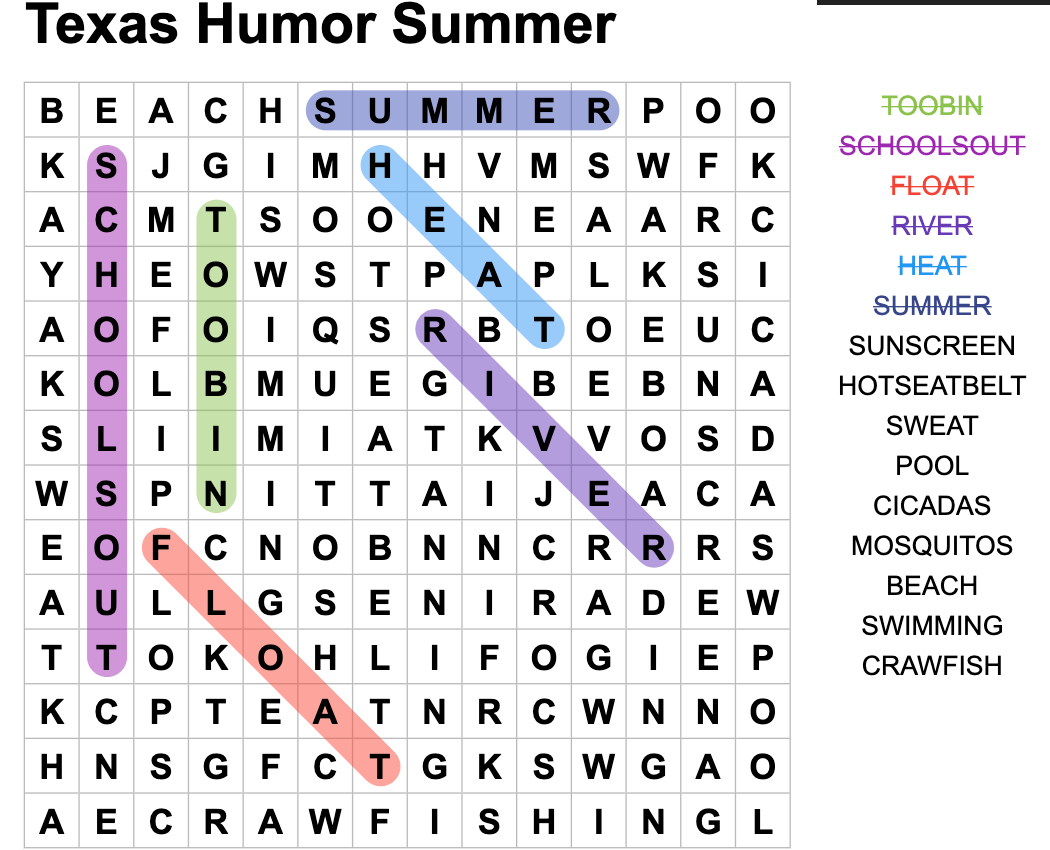