Want to ensure you get the newsletter every week? Click this link.

I visited a lovely little donut shop not too long ago, and I thought it would be perfect to share with y'all! Wow Donuts and Drips is an adorable shop in Frisco, TX that is just delicious. At my visit, I went a little nuts and got four different donuts.

From worst to best, let's talk about these donuts. Starting with the key lime pie-filled donut. I'm going to be honest, I'm not a big key lime pie fan in general, so I'm not even sure why I got this donut, but something about it made me try it. Honestly, it was not good. I thought it wasn't tart enough and that the filling did not compliment the donut dough. I would not try it again if given the chance, and I would not recommend it. 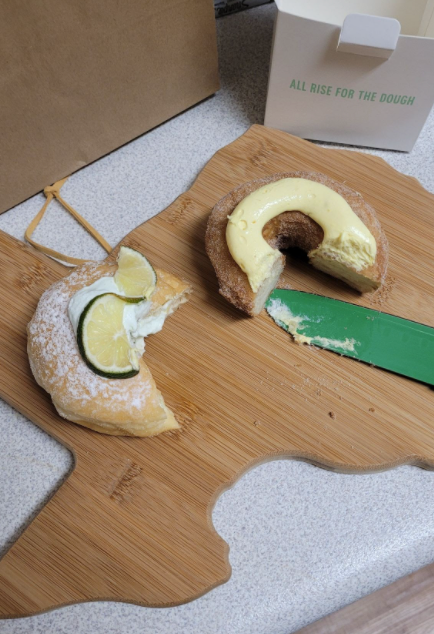 Next I had their seasonal Oh-La-La donut which is a play off of the popular cronut. It was very flakey and had a lovely lemon mousse on top. Overall, I thought it was great, but I don't think I would get it again because, and I know this is crazy, it was too sweet.  It was covered in cinnamon sugar, and I think I personally would have liked it better if it wasn't. 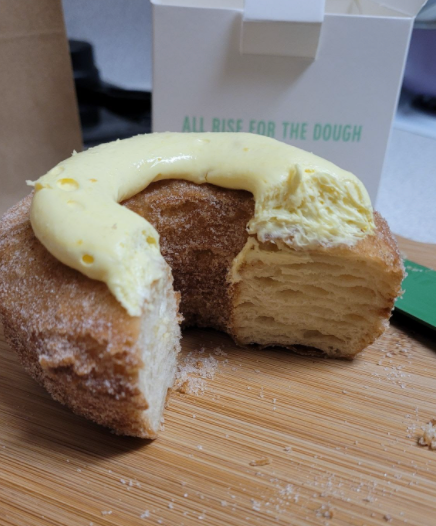 Moving on to the fruity pebbles donut. Y'all. Y ' A L L. This donut was amazing. The crispiness of the fruity pebbles was a great texture change from the donut, and the donut was not too dense either! The dough was fluffy and just the perfect amount of sweet. I would recommend this to anyone and everyone! 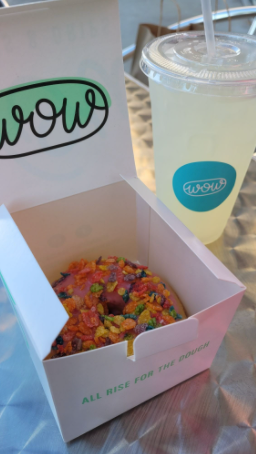 Lastly, the best donut of the day, and probably the best donut I have ever had in my entire life… the lavender honey cream filled donut. This donut changed my life. It taught me that life is what you make it, and life should be this donut. I'm not even sure how to out into words the flavor of the donut because I'm still in awe of it. 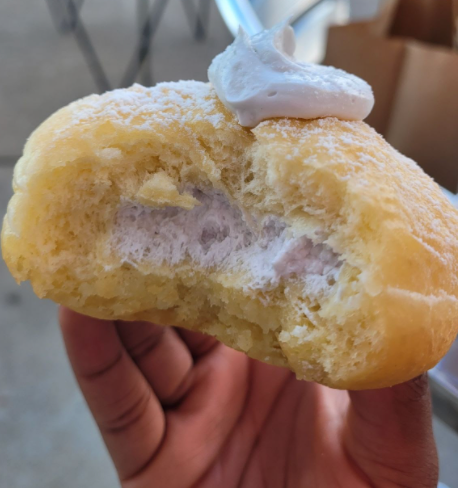 I can only hope that one day you have the pleasure of trying this donut for yourself so that you can know it's deliciousness too. Until next time, I hope you eat something delicious!

There's no greater fall tradition for Texans than bringing in the holiday season with the annual state fair in Dallas. Nothing quite says spooky season than acid reflux after spending your day hogging down anything fried and on a stick in 100 degree weather with nothing but a shiner to hydrate you. 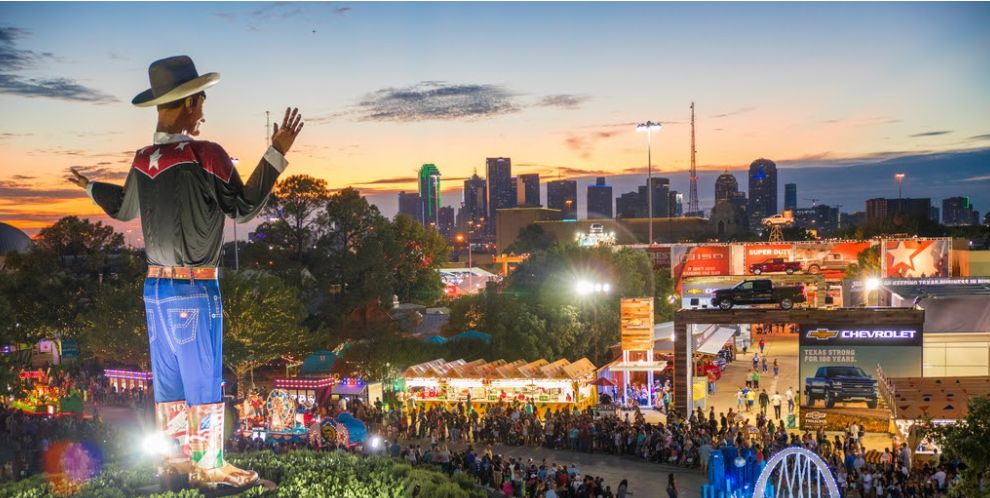 As any true Texan knows, you can reuse all of your leftover food and ride tickets for the next year’s fair. Because let's be honest… we all fly a bit too close to the sun when it comes to fair food, and we never eat as much as we think we will. Once the fair is over, vendors submit these tickets in order to receive their share of profits. However, this ticket policy came back to bite ol’ Tex in his starched jean clad back side in the year 2005. 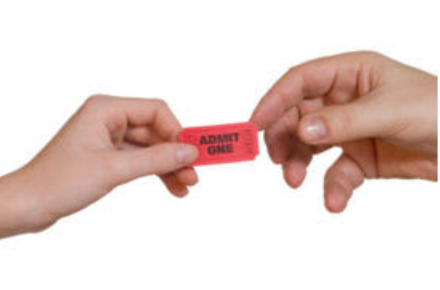 After years of the ticket return policy in practice without incident, leaders of the State Fair started noticing that the numbers just aren't adding up. People we’re bringing back tickets from the previous years in numbers that were just completely impossible. But how could this happen?

Turns out there was a lame Ocean’s Eleven going on at the disposal company that the fair was using to shred all of the old tickets. There was this whole system of taking the old “used” 50 cent meal and ride tickets from the disposal tract and then reselling them on the black market. How tickets from a State Fair have a black market appeal, I have no idea, but apparently enough people bought these tickets to cause the state fair over a million dollars in lost profit. 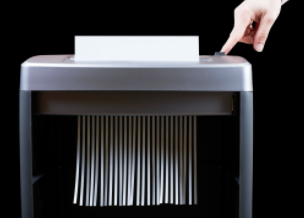 The Dallas PD did an entire investigation over this incident, but didn’t find any viable criminal charges to stick to the disposal company. So after all was said and done, the next years fair did not allow the exchange of old tickets, and they got a new shredding company to take care of ticket disposal. Which if you ask me… seems like a pretty FAIR ending.

We've saved the best for last...

B. Texas is larger than any country in Europe.

C. Texas ranks 2nd in US for most Fortune 500 companies.

And the answer is...